We had more snow overnight, light fluffy stuff that looks so pretty covering the trees. 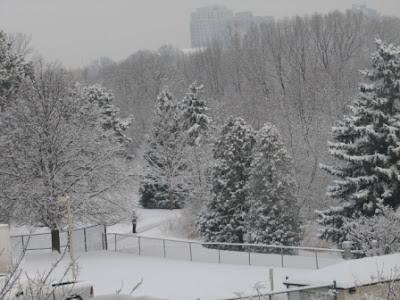 I've been working on a couple things now that my travelling doll is all packed and ready to move on. More on that next post. Don't want to post until it's in the mail. 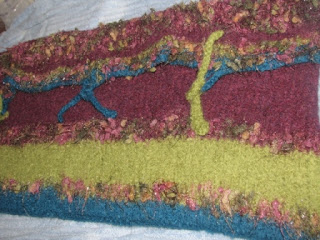 I've got a knitting lunch and learn at the office on Monday so I've been pulling some things together, needles, odd balls and samples for show and tell. Of course that brings out the unfinished pieces I've had hidden away since before Christmas. 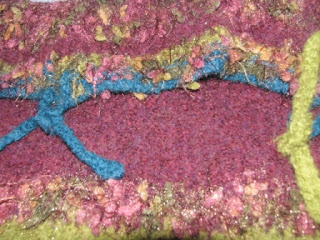 One of them a felted bag for my laptop. I had a bunch of odd balls that I decided to knit up an oversized bag. I finished the last of the knitting on the bag and felted it. 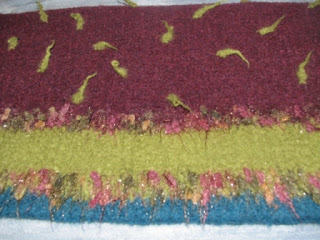 But realize in my rush to get it done that I didn't add handles. I'll have to knit those separately and sew them on. I think once I add the handles I'll felt again to see if I can get it to felt a little more. 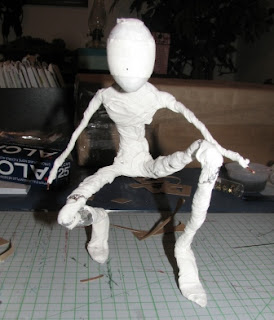 I've also been working on another doll. A female. I'm thinking high heels, crouched, in black leather and heels, with dark wings. So I've worked up the pose and will set the joints with apoxie so her limbs stay where I want them. I use a lot of hockey tape when I've bulked out a bit with foil. I still want to use some paperclay on the upper body I think. 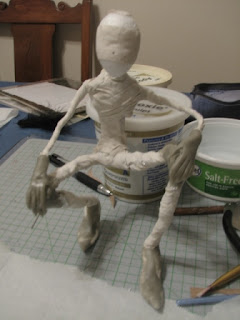 Here I've set the joints with apoxie, and added her hands. 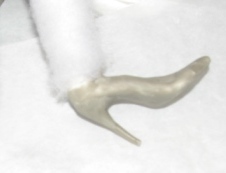 After I've set the pose for the foot and it's hardened, I also add the heel. I've made the heel separate so it's hard when I put in in place and doesn't go all droopy. I've added polyfil to the legs. I'll need to sew on her pants and make her boots. Still scoping out my materials stash for the perfect thing. I think I'll need to work on her upper body though first or I'll have a big mess on my hands. 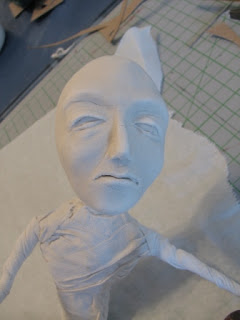 Some early work on her face. Paperclay.

i been having the weirdest dreams lately... i dreamed i was...

The Travelling Doll Project is starting again for 2011. My team this year The Manic Moose will be Jade Perez and Cayleigh Milne-Keeley.


It will exciting to watch our diverse group put their twists on each others dolls as our styles are so different. Stay tuned for more! Watch the whole Travelling Doll Project progress at http://adotravelingdollproject.blogspot.com/ 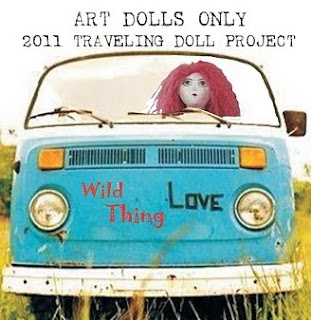 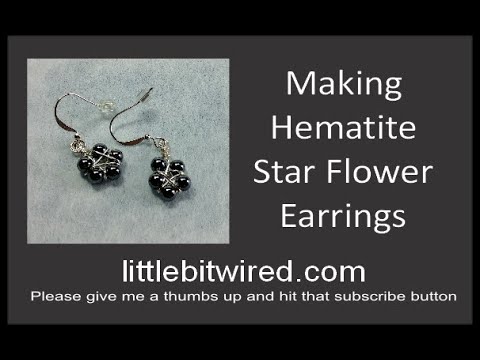 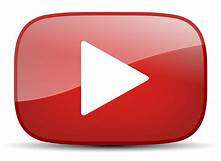 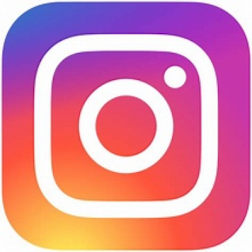 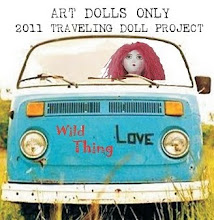 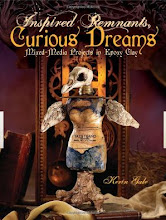 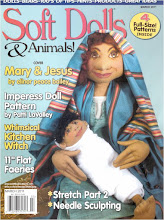 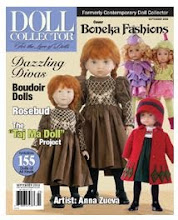 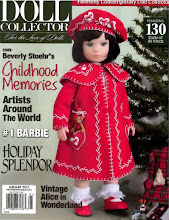